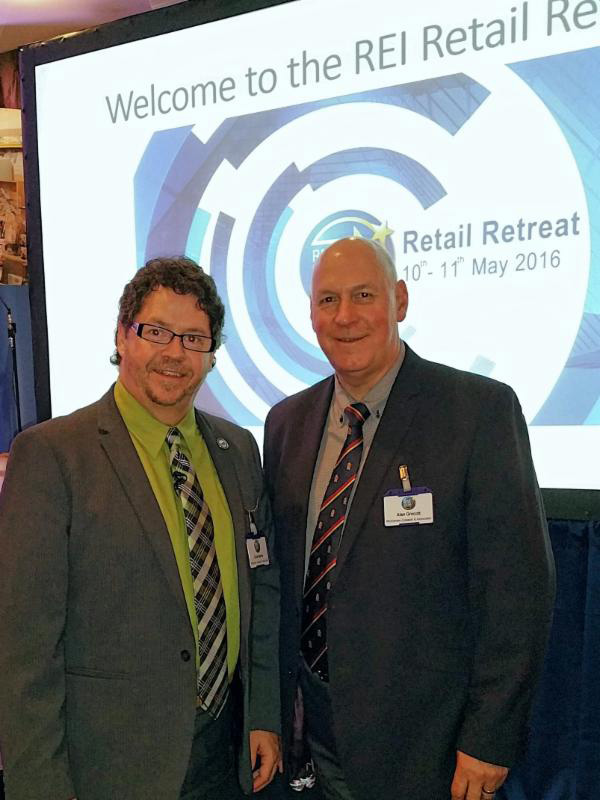 Chris Norris, CFI and Alan Grocott, CFI presented at the REI Retail Retreat in May.

Chris and Alan were invited to provide a keynote speech on the WZ EU Non-Confrontational Interview Training Technique at the REI Retail Retreat in Co. Carlow, Ireland.  The two-day retreat was attended by hundreds of Retail Excellence Ireland members.

Those who attended the REI conference included both large and small retailers from various sectors based in Ireland. The WZ EU presentation reviewed the use of the Selective Interview to narrow the scope of an investigation. The presentation was exceptionally well received. A great deal of interest was shown in our forthcoming courses, including the next Ireland offering. Hurry, as seats are limited!!